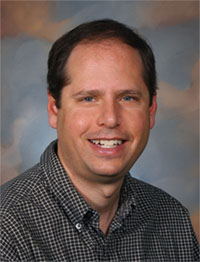 We are interested in the functions of Wnt signaling and Tcf function in spinal cord development and regeneration. Our work has shown that Tcf7l1 inhibits the differentiation of spinal cord neural progenitors during embryogenesis. We have also shown that following transection of the larval spinal cord, Wnt signaling is required for radial glia to generate new neurons.

One current project in the lab is testing the hypothesis that Tcf7l1 maintains the quiescence of radial glial neural progenitors through repression of transcriptional targets. This function may be critical for stem cell-mediated regeneration.

A second project is determining the mechanism downstream of Wnt signaling that mediates neurogenesis following injury. We are also investigating whether new neurons are required for the recovery of sensory and motor function.

This work focuses on the role of Wnt and Lef1 activity in the differentiation of neural progenitors in the posterior hypothalamus. This region of the brain maintains Wnt activity and continues to produce neurons throughout life, suggesting that Wnt-regulated neurogenesis plays an important role in the adult brain.

Evolutionary conservation of Wnt-responsive neurons in the hypothalamus suggests that a common behavioral function may be regulated by this pathway. To investigate this possibility, we are using genetic approaches to perturb Wnt signaling and to modulate hypothalamic neurons in vivo. We are also identifying Lef1 target genes in the zebrafish and mouse hypothalamus, and determining their function in neurogenesis and behavior.