(Fall semester seminars 2020 will be held via Zoom)

Research Summary: The general goal of our research program is to understand how our brains normally encode, store and retrieve information. By combining mouse-genetic, molecular biology, immunohistochemical and behavioral approaches we currently focus on two major questions: First, to understand how memories are initially encoded in the hippocampus, and, in particular, how adult neurogenesis might contribute to this process; Second, to understand how these memories are subsequently transformed into lifelong (or remote) memories in the cortex for long-term storage. Understanding how these basic processes work is an essential stepping stone in developing more effective treatment strategies for memory dysfunction, whether associated with normal aging, disorders such as Alzheimer’s disease, or resulting from stroke or trauma. 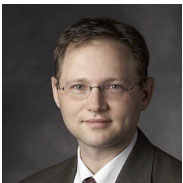 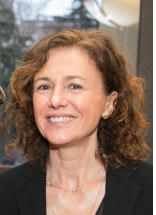 Research Summary: Our laboratory focuses on the biological mechanisms underlying memory. In particular, we aim to identify and characterize the mechanisms which control long-term memory formation, storage, retrieval and reconsolidation. Memory is a fundamental and well-conserved biological function, but also a critical component of our human identity. Understanding the biological processes that allow for the formation and storage of long-term memory is important in order to develop strategies to modify memory strength.

The knowledge gained from this understanding may lead to therapeutic approaches for memory loss including those which occur during aging, in Alzheimer’s and other forms of dementia, as well as for memory disorders caused by pathogenically strong memories, such as those associated with post-traumatic stress disorder (PTSD). 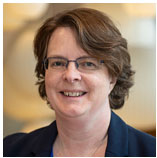 Research Summary: Our research program seeks to explore the molecular genetic pathways and cellular processes which determine how the developing vertebrate Central Nervous System (CNS) acquires pattern during early neurogenesis. We primarily focus on congenital malformations of the cerebellum and has implications for the genetic basis of mental retardation and autism. Our approach is to combine the power and strengths of both mouse and human genetics with embryological analysis in mice and other model vertebrates, to identify the molecular and cellular events that regulate cerebellar development.

We have identified the first genes for Dandy-Walker malformation, the most common structural defect of the cerebellum affecting 1/5000 births and causing significant intellectual and motor delays. Using mice to model these defects we have defined the developmental basis of the pathology and gained new insights regarding novel mechanisms of CNS development. Concurrently we are studying multiple mouse mutants with abnormal cerebellar development to gain insights into the fundamental developmental programs that drive cerebellar cell fate specification and patterning. 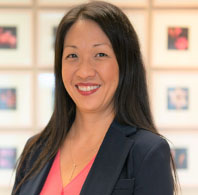 Research Summary: The Hsieh laboratory studies the cellular and molecular markers that control neural stem cells in the hippocampus ("adult neurogenesis") as well as a "disease-in-a dish" approach, which uses patient stem cells to re-create human brain disorders in the lab. They were the first group to use a transgenic mouse to ablate adult-born granule neurons, and they showed this decreased seizure development later in life. The lab also uses optogenetic and chemogenetic tools to define the critical period and circuit mechanism that govern the aberrant properties of adult-born granule neurons in the hippocampus circuitry. To translate their work to patients, the lab uses human induced pluripotent stem cells to evaluate the role of genetic mutations in epilepsy and neurodegenerative disorders, ultimately for precision medicine. The lab's goal is to develop novel strategies to treat or prevent neurological disorders, such as acquired and genetic forms of epilepsy. or neurodegenerative disorders, such as Alzheimer's disease.

Research Summary: The Maze laboratory is focused on understanding the role of chromatin dynamics, nucleosomal turnover and histone variant exchange in the central nervous system during periods of transcriptional, synaptic and behavioral plasticity. Extended emphasis is placed on investigating the functions of novel neuronal specific/enriched histone modifications and ‘reader’ proteins, as well as their role in developmental neurological disorders (e.g. Down syndrome) and adult psychiatric illness. Current projects include the utilization of chromatin biochemical techniques, genome-wide sequencing analyses and viral vector-based gene modification systems to investigate novel histone-based mechanisms of monoaminergic dysfunction in major depressive disorder. 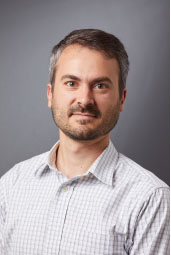 Research Summary: The long-term goal of the Jeanne Lab is to understand how higher-order neural functions—such as sensory perception, memory, and decision making—arise from elementary circuit mechanisms. We believe that we can achieve this by studying neural computation, which provides a common language to link circuit mechanisms to higher-order function.

Our mission is therefore:To understand how common biophysical, cellular, and circuit motifs implement relevant computations.To elucidate the higher-order neural functions and behavior enabled by these computations.

Our approach is to study neural computation in the fruit fly. We use the fly because their mini-brains are simpler to understand, yet nonetheless capable of performing a suite of sophisticated neural and behavioral functions.