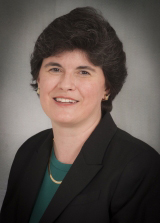 Some psychostimulants of abuse can cause persistent damage to dopaminergic and/or serotonergic neurons in rodents, non-human primates and humans. For example, methamphetamine administration causes persistent dopaminergic deficits that, in part, resemble deficits occurring in Parkinson's disease. Dr. Fleckenstein's laboratory investigates receptor-mediated and subcellular mechanisms contributing to these deficits. A particular focus of the laboratory involves investigating the effects of stimulants on monoaminergic transporters, both because of relevance to the neurotoxicity of stimulants, and because of the laboratory's ongoing interest in the abuse liability of these agents.