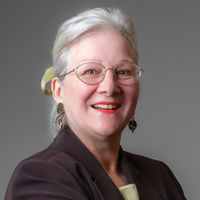 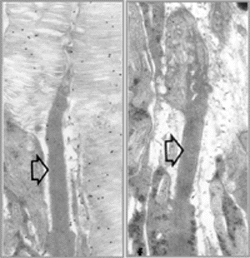 GOAL: To investigate the pathogenesis of mutant protein expression in retina neurons

We study the organization of the retina in health and disease. Toward this end, the phenotypes of transgenic and knockout/ knock-in mice carrying mutations in genes linked to retina dystrophies are analyzed. We are particularly interested in signal transduction, remodeling of the inner retina subsequent to rod and cone photoreceptor degeneration, and mechanisms that lead to cell death. In several neurodegenerative diseases, unfolded proteins accumulate intracellularly as insoluble inclusions and may serve a critical role in disease progression. If native polypeptide conformations are lost through genetic mutation or postsynthetic damage (e.g., environmental stress), cells normally have elaborate mechanisms to prevent the aggregation of unfolded proteins, to attempt refolding and, if proper folding is impossible, to degrade the abnormal polypeptides into amino acids.

However, we have shown that in a mouse model for human adRP (autosomal dominant retinitis pigmentosa), expression of a mutant rhodopsin (visual pigment) generates a protein that fails to mature, transport and support normal rod photoreceptor outer segment formation and, moreover, is cytotoxic. The mutant protein folds incorrectly and is retained in the endoplasmic reticulum thereby initiating an unfolded protein response. What is the link between expression of a misfolded, mutant protein and induction of cell death? To address such questions, we employ gene cloning, bright-field and confocal microscopy and related techniques in cell and molecular biology. For an example, see the recent publication: