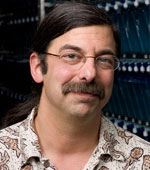 Tissue specification and disease modeling in the zebrafish

We want to understand regulation of cell identity and differentiation in the early vertebrate embryo. We work with zebrafish because of the precision with which tissue development can be monitored in the nearly transparent, rapidly developing zebrafish embryo, and the ease with which gene expression can be perturbed and mutants can be isolated. Three major projects in the lab are aimed at understanding: 1) the role of intracellular calcium mobilization in tissue patterning events, 2) factors that confer identity to the stem cell-like precursors of the neural crest, and 3) how the mesoderm germ layer is subdivided into groups of tissue precursors that occupy specific regions of the embryo.

The current studies of calcium mobilization began with our search for a conceptual framework for thinking about the origin of a series of congenital myopathies. Like many birth defects, congenital muscle diseases are often first recognized and characterized at times far removed from the onset of the disorder, making it difficult to identify the initial biochemical or cellular defects that trigger the disease process. Our studies of zebrafish embryos and diseased tissue have shown that different genetic disorders associated with congenital myopathies directly disrupt mobilization of intracellular calcium.

Our work indicates intracellular calcium release is required to orchestrate tissue patterning in many contexts and is required specifically for cell differentiation events that require transmission of Hedgehog growth factor signaling. In ongoing studies, we are analyzing the roles of calcium mobilization in mediating many kinds of intercellular signaling events, including those required for neuronal patterning, muscle differentiation, and left-right patterning. In addition, we are investigating the mechanisms by which calcium release is regulated, including the roles of Selenoproteins in regulating calcium release channel activity.

Jurynec, M.J. and Grunwald, D.J. (2010) SHIP2 modulates FGF signaling in the establishment of the dorsoventral axis in zebrafish. Disease Models and Mechanisms, 3:xxx-xxx.