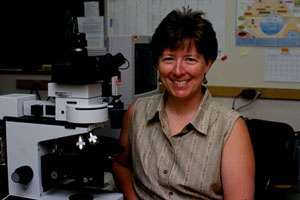 Professor of Pharmacology and Toxicology

Pharmacology of neurological and neuropsychiatric disorders, including drug abuse and addiction. Normal and pathological functions of the basal ganglia

Coupling these techniques, we can begin to understand how neurotransmitters and drugs acutely affect the function of basal ganglia neurons and the neuroadaptive changes that occur in response to neural injury in the basal ganglia and exposure to therapeutic and abused drugs.