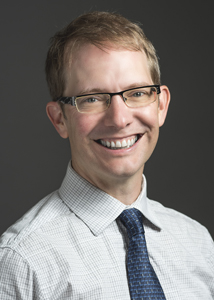 Brain and Behavior
Neurobiology of Disease

My research is focused on two themes, one basic and one translational.

Basic: Neural circuitry underlying mood and motivation in humans. Internal mood and motivational states are emergent neural phenomena that guide adaptive behaviors in mammals. Because disorders of mood and motivation are common in humans, the neural basis of these states is of great clinical importance. These phenomena are thought to arise from circuits within the brainstem, ventral basal ganglia, and medial prefrontal cortex. Our work has shown that the function of these circuits (1) varies substantially between individuals, (2) correlates with self-reports, and (3) is influenced by inherited genetic variants. Current work is examining how neural responses to monetary incentives are influenced by polymorphisms in the gene for neuropeptide Y (NPY) and other genes.

Translational: Treatment resistance and novel therapeutics for mood disorders. Severe mood disorders are among the most disabling and costly diseases worldwide, and many individuals do not respond to currently available treatments. A major barrier to development of better treatments is the heterogeneity of depressive illnesses, which have multiple underlying causes. Current work is aimed at (1) developing clinically useful biomarkers that distinguish the diverse forms of depression and (2) identifying the neural mechanisms of novel antidepressant interventions, including general anesthetics and brain stimulation therapies.